Millennials had their coming of age in an era of great economic volatility and technological change. Just a few years after they witnessed their parents’ savings vanish during the Global Financial Crisis of 2007–2008, markets began to rebound as they were finishing high school, completing post-secondary education and starting their first jobs. At the same time, social media moved from the peripheries to the mainstream. For millennials, social media was not a nice to have but a must have for any social interaction from dating to school work and going out at night to participating in sports.

The commercial potential of these exciting new tools were also being realized. In spring 2012, Facebook purchased Instagram for $1 billion and a month later it went public becoming the largest tech IPO of all time when it reached $16 billion. One year later, Twitter followed suit raising $2 billion in its IPO. Other platforms, such as Snapchat, were also coming online and further demonstrating a growing commercial market for many diverse social media apps.

It was at this time when I had a conversation with a former colleague, Jay Sujir, who realized these trends presented a unique business opportunity. We identified two related problems. Millennials, who were just beginning to launch their professional careers, did not trust the markets nor see the value in investing. Additionally, even if they wanted to invest, there was no secure or user-friendly means for them to use mobile technology, which was part of every other aspect of their lives, to trade.

This was the birth of Voleo.

There was a clear market need for an accessible, collaborative and secure stock trading app that also harnesses the power of social media. Voleo is the answer to that consumer demand. It offers an attractive platform that combines the user-friendly interface that we’ve all come to expect from our mobile apps, with the safety and security of investing directly through your bank. Additionally, it leverages the social from “social media” by allowing users to trade as part of a group — whether they be old friends, co-workers, or people who share common interests — much in the same way that has made trading clubs successful for decades.

Voleo was also exactly the type of opportunity that King & Bay was built to nurture. At King & Bay, we are more than your traditional merchant bank; rather, we are an incubator that provides a range of key services to enable emerging companies with great ideas and business opportunities to mature and realize their potential. We do this by leveraging our expertise in capital markets, finance, and corporate communications. However, it is our ability to give small companies and startups access to strategic advice and our vast professional networks that sets us apart.

Since its inception in 2013, Voleo has reached several key milestones. Four years of R&D has gone into the development of its iOS and Android apps, which have seen steady user growth since they were launched in early 2017. It has established its name among millennials and trading enthusiast by participating in a number of key events and partnerships, most notably winning Best of Show at Finovate Fall New York last fall, as well as launching a collaborative competition with Nasdaq for student investment clubs.

Currently led by CEO Thomas Beattie, Voleo has already had a promising start to 2018. King & Bay has been assisting Voleo with a business combination transaction between themselves and Logan Resources, another company under the King & Bay portfolio that is already publicly listed on the TSX Venture Exchange. In the meantime, Voleo has been ramping up its acquisition of new users, as well as working with key government regulators to eventually enable the trading of crypto currencies within the Voleo app. This is a strategic move that is being done to appeal to the next generation of investors, as many millennials are using crypto as a springboard for their entry into the traditional world of investing.

As Voleo begins its transition from a startup into full-fledged public company, King & Bay will slowly transition out of the day-to-day operations. King & Bay thrives on creating an environment where we can help young companies live up to their full potential.

The Voleo experience is not a unique one for King & Bay. Regardless of the sector, whether it is emerging technologies, natural resources or aerospace, King & Bay takes a holistic approach to working with our clients to emphasize the direct link between the end product, company management, the board of directors and, ultimately, the shareholder. 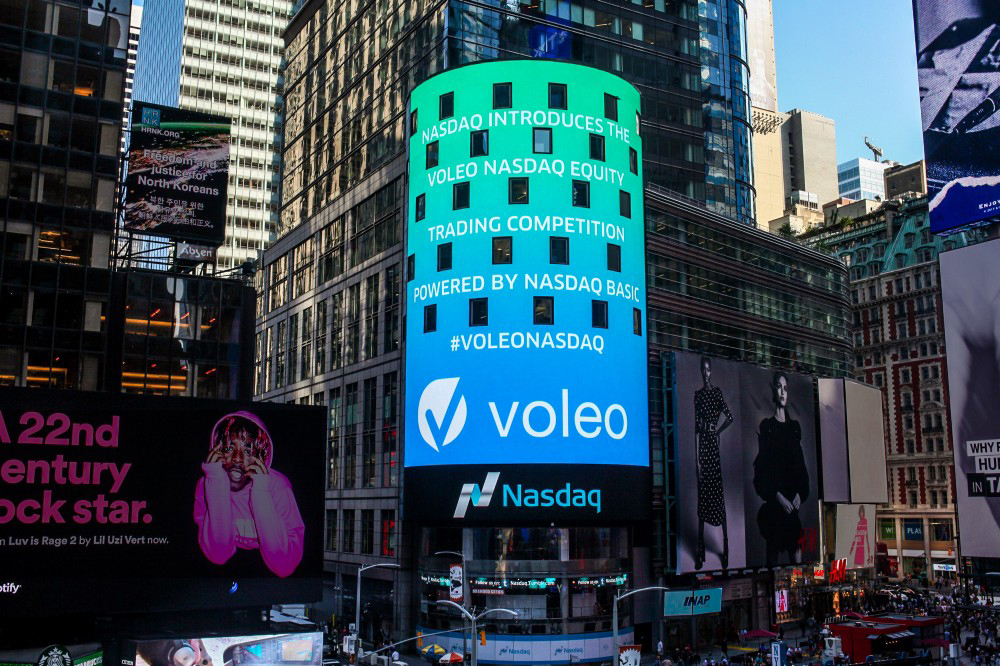